The Grandmamas of Downtown Crenshaw 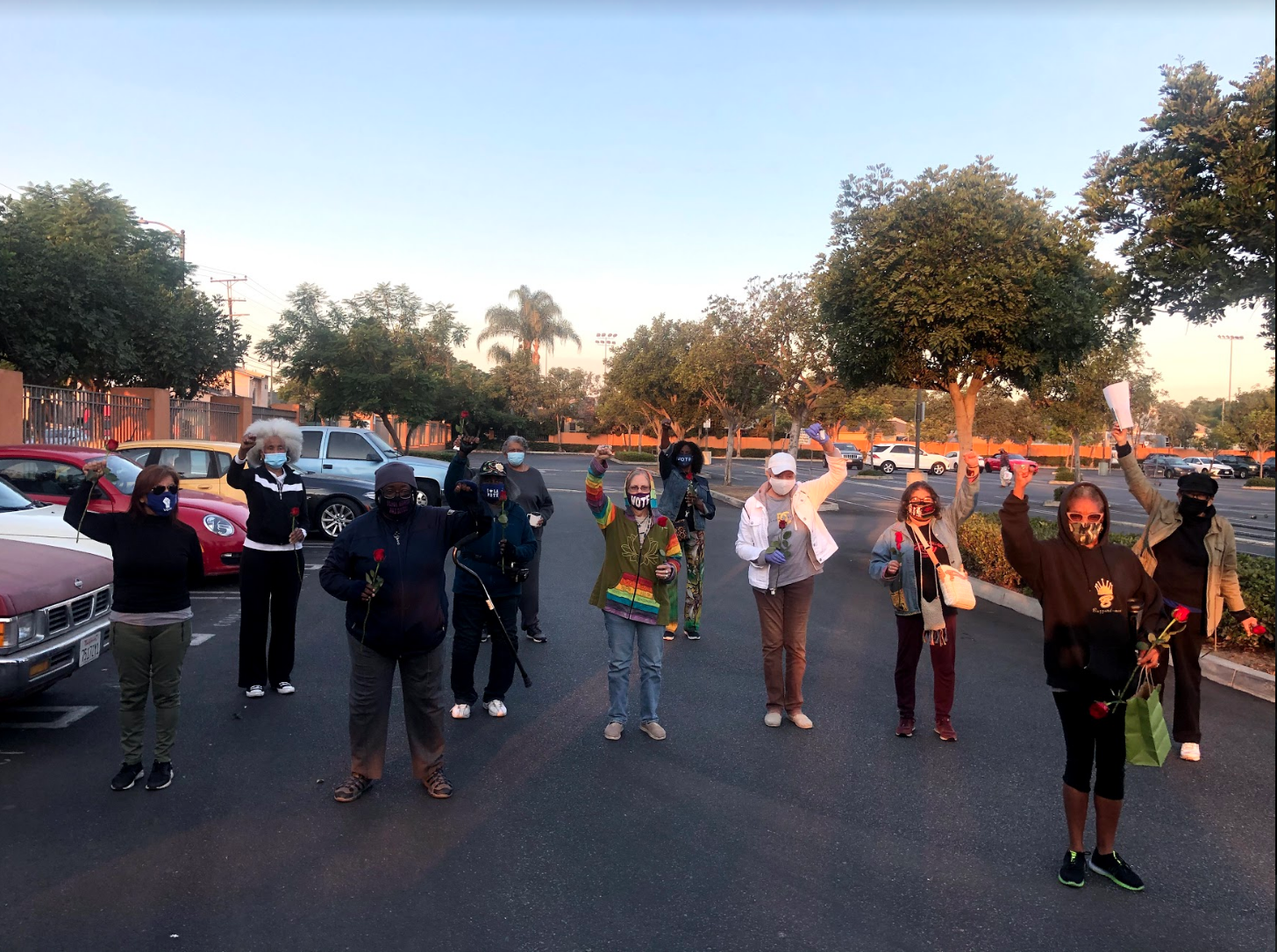 The Downtown Crenshaw project and movement was launched in the spring of 2020 when a Los Angeles community decided to rise up and take control of their own future. Gentrification is a crisis that has been erasing Black and Brown neighborhoods across America, and the people of Crenshaw decided to take action to stop the continued displacement of themselves, their neighbors, businesses and culture. Integral to this movement from the very beginning have been a group of elder women who have been fearlessly leading their community toward a more equitable and just future. They’ve named themselves the Grandmamas of Downtown Crenshaw. 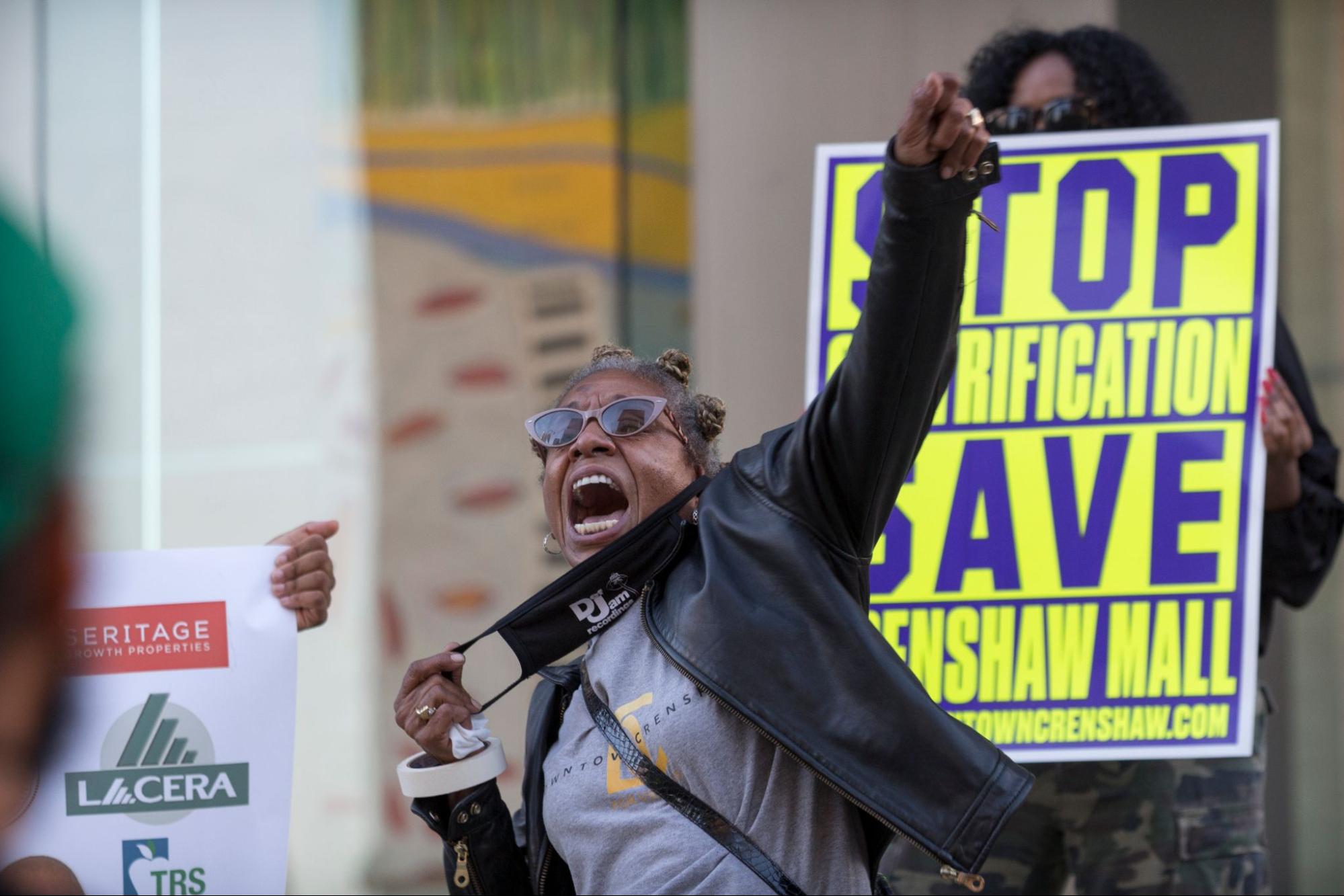 The Grandmamas have been instrumental in preventing the sale of the mall to outside developers associated with Donald Trump and Jared Kushner. They have led community actions, and traveled across the country. They are fighting for our community’s right to self-determination.

In October 2020, when the Councilmember of the area would not speak out against the attempt to buy the Crenshaw Mall by a close development partner of Jared Kushner (Donald Trump’s son-in-law), they went to his home, carrying roses and soil from the mall.

In May of 2021, they flew to Chicago to show up at the residence of Tim Ellsworth in Chicago and protest the discriminatory practices of Deutsche Bank/DWS. (Deutsche Bank is the infamous lender of Donald Trump). They brought the conversation to Ellsworth’s door and demanded to know why, after submitting the highest bid in the last round, Deutsche Bank/DWS still did not award the mall to the people of Crenshaw, if not because of blatant racism. 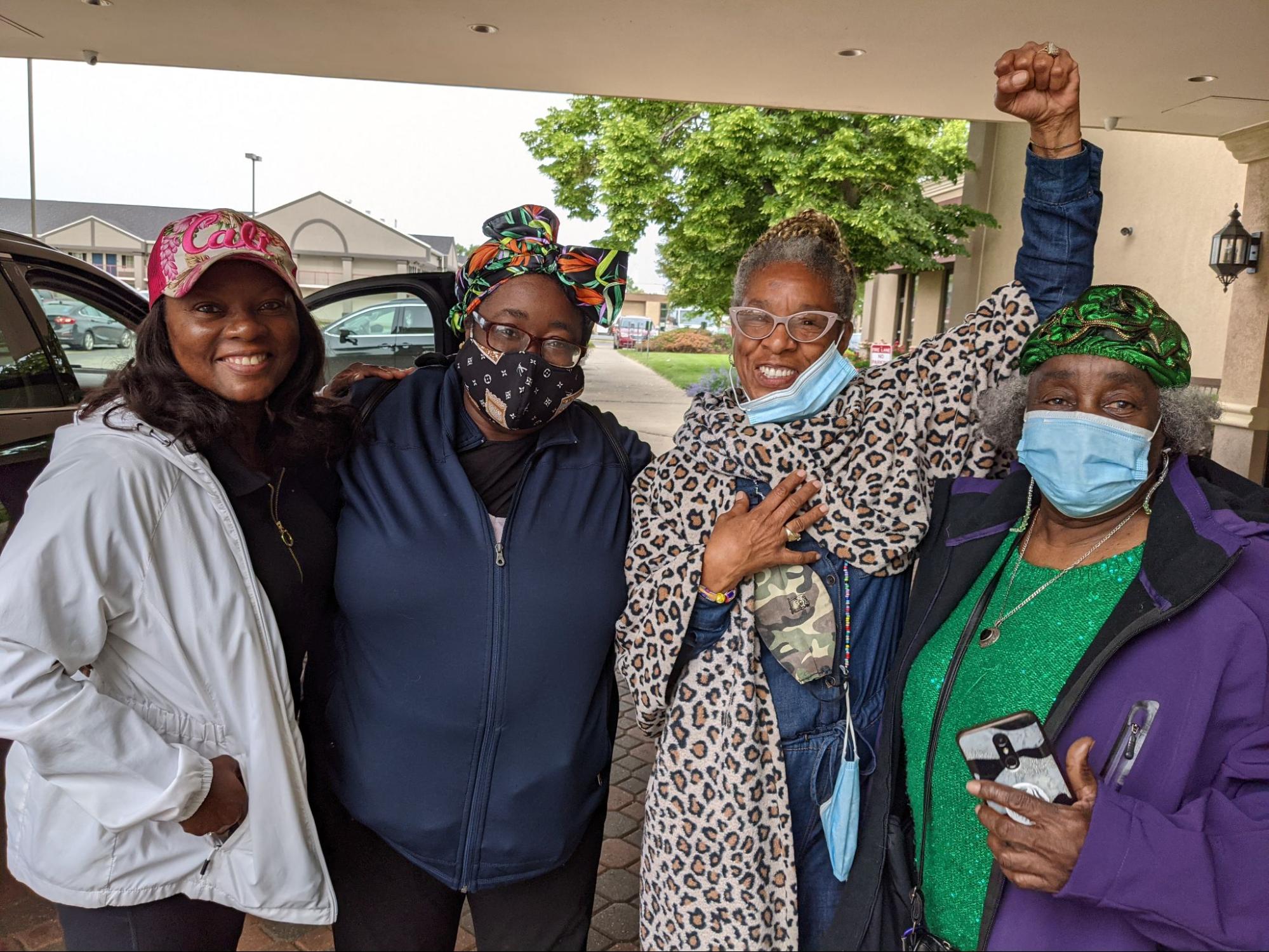 In June, they flew into New York City to protest outside the luxury residences of Len Blavatnik, a corrupt and racist multi-billionaire oil oligarch who made his initial fortune through shady business dealing in the Putin regime and has been placed on Putin’s List. They also showed up to protest outside Carnegie Hall which shockingly has Blavatnik on it’s board of Trustees. Blavatnik has been identified as the equity partner of David Schwartzman of Harridge Development Group, a failed developer with a shady history of violating tenant and civil rights, making racist comments, and buying off city council members for approval of his controversial development approvals.

When asked about why this movement is important to her, Grandmama of DC Kim Yergan, said, “When I came here from Chicago in 1982, the Crenshaw Mall was my go-to place along with Marlton Square and Leimert Park...Retaining the cultural character of Crenshaw is why I support the vision of Downtown Crenshaw Rising.  It is an opportunity for the Crenshaw Community to realize community ownership, self-determination, economic justice, sustainable development, community wealth-building and environmental justice. To stop gentrification and displacement of the ‘Shaw’s community. To preserve the sustainability and livability, the character and culture of the ‘Shaw, now and for generations to come.”

As guardians of the Crenshaw community and our future, the Grandmamas have made it abundantly clear that they are not backing down from this fight for Black Los Angeles’ future – even if we’re up against Soviet-born billionaire industry tycoons connected to Vladimir Putin and close business partners of Trump and his family. They’ve endured decades of discrimination living in racist and patriarchal society overcoming tremendous odds and struggle and remain proudly standing.

They will not be intimidated.

They will not be moved.

They remain staunch defenders of the Crenshaw community and the opportunities that rightfully belong to us.